This week was a busy one for the Titans as they competed in the Central Suburban League (CSL) South Conference Championships hosted by New Trier High School. Due to the COVID health restrictions from the IHSA, the conference meet was held in a very unorthodox manner. In a usual year, the conference meet would be a one day, one location ordeal with thousands of runners from both the CSL North and CSL South divisions. This year, the North and South divisions ran separately, racing in flights of no more than 42 runners. On Monday, October 12th, the Junior Varsity and freshman teams competed at Duke Childs Field and New Trier’s freshman campus respectively. On Saturday, October 17th, the Varsity team ran again at Duke Childs Field. This was the last race of the season for most of our runners, and they sure went out with a bang.

Starting off the meet, the JV team raced at Duke Childs Fields on Saturday morning. This was the first time any of our runners had raced at the course; usually, New Trier hosts all of its races at its freshman campus. The morning was a cold and rainy one, or, as Coach Hass likes to call it, “Real Cross Country Weather.” The boys went out there and gave it their all, competing hard in their last meet of the season. Unfortunately, the flighted nature of the meet made it difficult to combine results, so the JV level went unscored. Sully Richards (SO) was the first Titan through the line, setting a PR of 17:49 for 3 miles. He was followed by a close pack including James Scott (SR, 18:15), Luke Gregory (SR, 18:17), and Tyson Anthony (Sr, 18:19). Ryan Schaefer (SO) was the fifth Titan to finish at 18:28. On the JV level, 10 seniors competed in their last high school cross country meet ever. Congratulations to James Scott, Tyson Anthony, Dane Branstrom, Carter Adams, Cole Brady, Karol Bakawski, Kyle Segelen, Ricky Egen, Stefanos Lahanis, and Captain Luke Gregory on a fantastic season and fantastic cross country career.

On Saturday, the Varsity team lined up at Duke Childs Field for their conference meet. The morning was a cold one, and running first were our 8th-14th runners, who ran in their own scored race. Finishing first for the Titans was junior Michael Westfall, who ran a huge PR of 16:51 to finish in 9th place. Behind him, Elie Nassif (JR, 17:04) led Sebastian Zimmer (JR, 17:06) and Brett Wittenstein (JR, 17:06) through the line, finishing in 13th, 14th, and 15th respectively. Harrison Wollney (SR) finished in 20th with a time of 17:16. John Paul Philbrick (JR, 17:33) and Matthew Klonecki (JR, 17:45) were the last two Titans through the line. Together, the boys finished in 2nd place behind New Trier, demonstrating the depth of our team. Special shout out to Captain Harrison Wollney for finishing his high school cross country career. Click HERE for drone footage from the race.

In the last race of the week, the Top 7 from each CSL team took to the course to race for the conference title. The race went out fast with a large pack of runners coming through the first mile in the 4:50-5:00 range. Brian Hiltebrand (JR) led the Titans, who were running in a strong pack behind him. In the end, Brian finished in 9th place with a time of 15:28.9, earning his second consecutive All-Conference award. Mrugesh Thakor (SR) followed Brian in 16:08.9. Jayson Stamm (JR) finished in 20th with a 16:14.3. Behind him, Cody Slutzky (SR) and Matthew Finkel (SR) finished together in 22nd and 23rd with times of 16:26.7 and 16:29.9. In 29th and 38th were Michael Jerva (JR) and Preston Davidson (SR). The Titans finished in the top half of the conference with a 3rd place team score of 89 points. Click HERE for drone footage from the race.

With the season now finished for the majority of the team, the Titans now have their eyes focussed on the upcoming IHSA Regional. On Saturday, October 24th, the Top 7 will race at Hoffman Estates. There, they will compete to qualify for a spot at the following week’s Sectional meet, also hosted at Hoffman Estates.

Team scores only for Distance Events. This is an automated process, so results should be treated as-is. 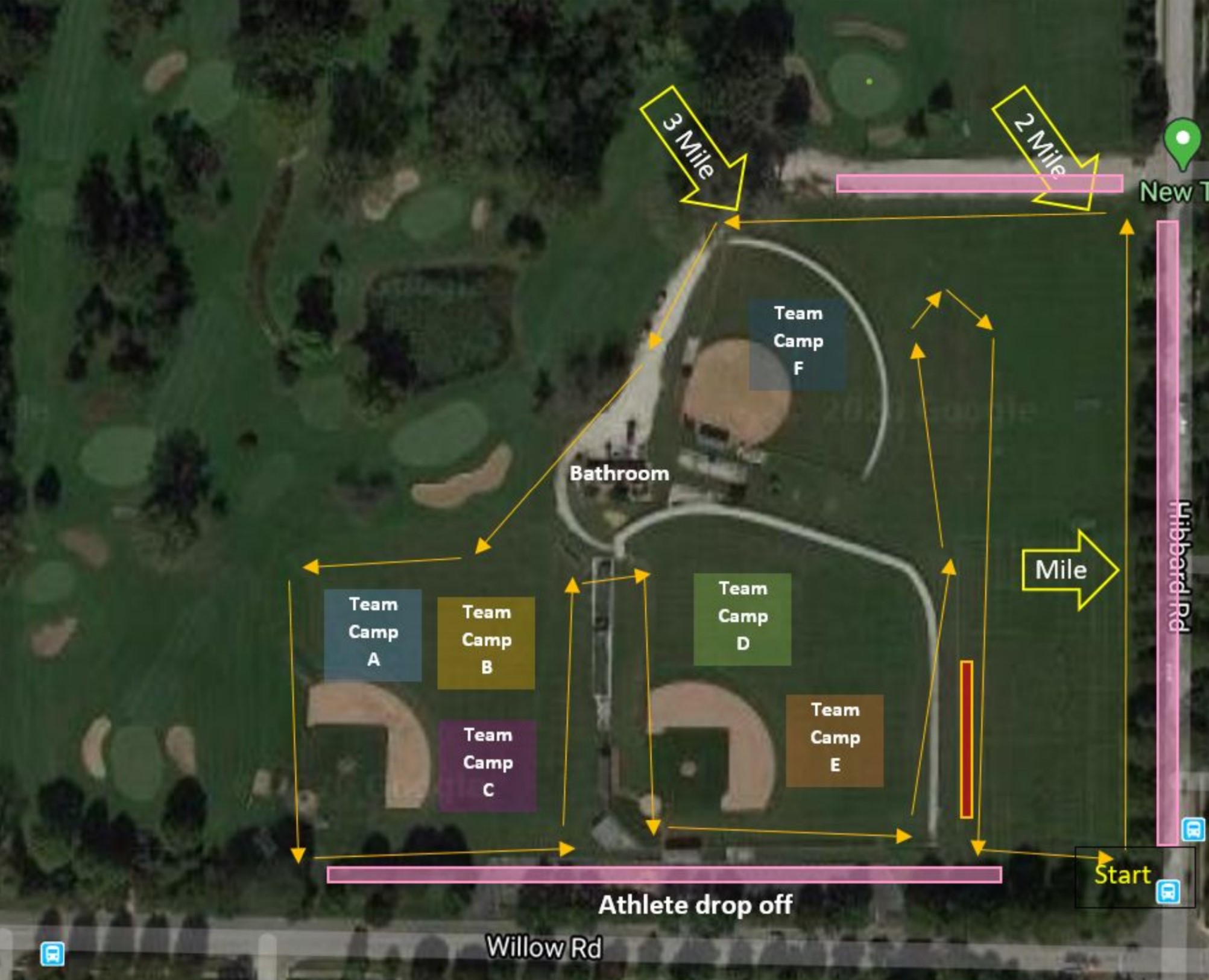 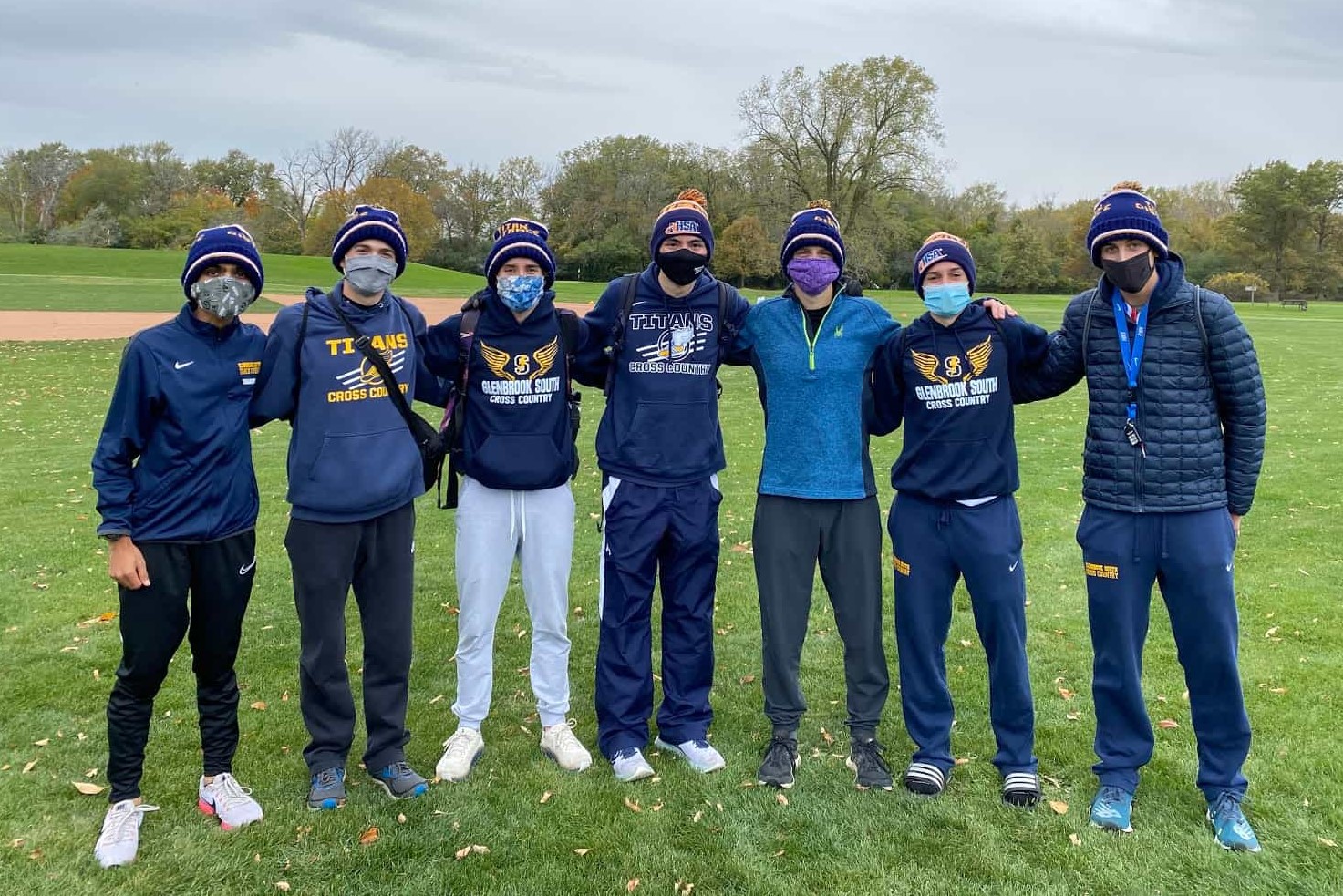