Meet RecapFrosh/Soph ResultsVarsity ResultsOpen ResultsTeam ScoresPhotosDownloadable Results Athletic.net Report Correction
In the Distance Medley Relay, the exchange between the 1200m and 400m was one lap early for all teams. As the teams completed the proper total number of laps, the results will stand as official after discussion with all the teams and officials. No disqualifications were handed out.

The Titans got their first win of the year at the third annual Titan Indoor Relays against Glenbrook North, Fenton, Elmwood Park, Mundelein, and West Chicago.

The day started out with the 4x800m relays, where both a Frosh/Soph and Varsity team competed. The Frosh/Soph team (Houser, Penne, Zimmer, Wittenstein) started the day off with a win running a 9:12.70, the best time in the three year history of the meet. Following them was the Varsity team (Houser, Hiltebrand, Jerva, Slutzky). In Brian Hiltebrand's first meet back from the basketball season, he ran a 2:08.8. Will Houser set the indoor 800m split record at 1:59.3 during that race. Had it not been a relay, it would have been both the Fieldhouse Record as well as the Varsity Indoor record.

In the Distance Medley Relay, after an official mistake between the exchange of the 1200m and the 400m, the team ran a combined 12:01.1.

Finally, in the 4x400m relay, Will Houser and Michael Jerva represented the Distance team running 53.4 and 56.8 splits respectively.

The Titans compete next at home on THURSDAY against Glenbrook North, Highland Park, Conant, Ogden International Prep School. This is the only home meet that contains the 3200m run before Conference! 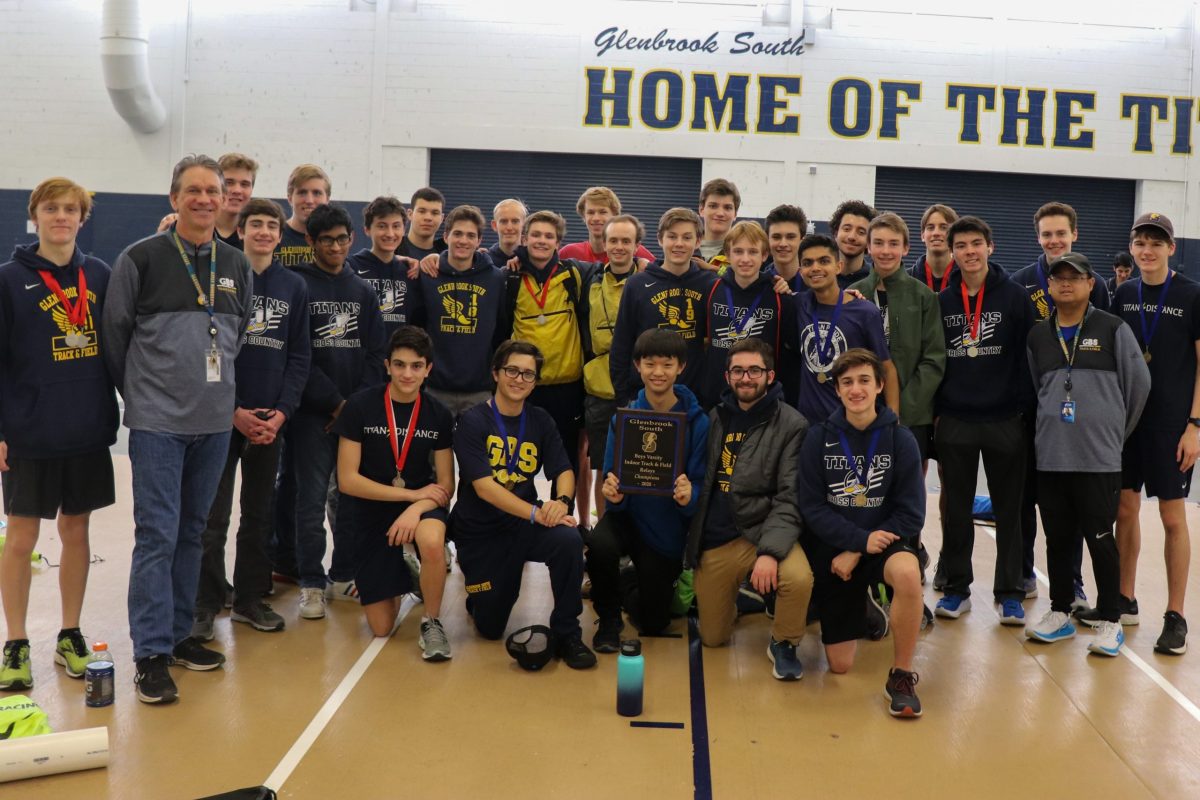