On Saturday, May 15th, the Titans brought home their 3rd invitational title of the season, dominating the Deerfield Invitational. The 18-team meet offered phenomenal competition at both the varsity and frosh-soph levels, allowing the Titans to show off their competitive prowess against other strong teams. In the end, the Titans prevailed with 106 points to Prospect's second-place 82.5 points.

To start off the meet, our frosh-soph team competed in the 4x800m relay. The team, consisting of Jack Olson (SO), Luke Chavez (FR), Andy Carrillo-Perea (SO), and Sanjeev Gorla (SO) finished in 10th place. Luke, Andy, and Sanjeev all ran PRs in their splits. At the varsity level, the boys also finished in 10th place. The all-senior team consisted of Preston Davidson, Carter Adams, Cole Brady, and Harrison Wollney. Harrison matched his 800 PR to anchor with a 2:08.

The 1600m followed the 800m, with strong performances across both levels. First up was freshman Ryan Gershowtiz in the frosh-soph race. Ryan ran a PR with a solid time of 5:20.56. Ryan was followed by sophomore James Hiltebrand, who ran 4:49.80 to take 6th place in the frosh-soph event. It was a good day to be a Hiltebrand! Next up was Michael Westfall (JR) in the varsity event. Westy ran a 4:54.30 for a 26th place finish. Senior Cody Slutzky closed out the 1600 for the Titans, running a 4:41.84 for a 21st place finish.

As always, the 4x400m relay marked the end of the meet. The frosh-soph team took 8th place, with representation from two Titan Distance runners, Sanjeev Gorla and James Hiltebrand. The pair respectively ran 1:00 and 57.0 for their splits. The varsity 4x4 team consisted of Ryan Schaefer (SO), Ben Freidinger (SO), Michael Jerva, and Brian Hiltebrand. The group took 4th place overall, running a quick time of 3:33.83. Brian ran the fastest leg of the relay, splitting a 52.6.

In all, this was another fantastic showing for Titan Distance and the Glenbrook South track team as a whole. We're excited to see what the rest of the season will hold. This coming Wednesday, the JV and frosh-soph teams will compete at Niles North for their third CSL triangular of the season. On Friday, the varsity squad will run in the 49th John R. Davis Titan Invite. See you then! 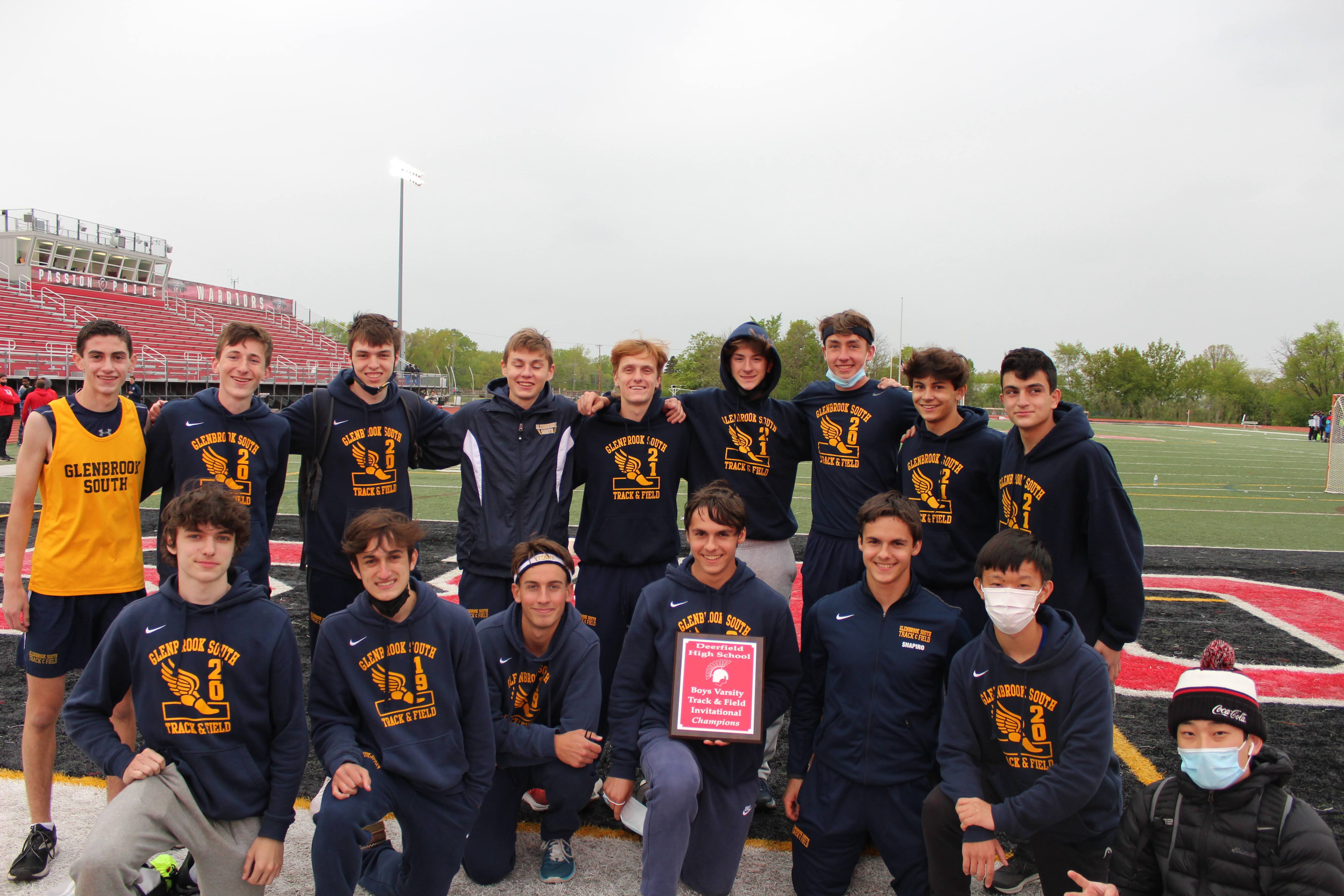