HomeMeet RecapIndividual ResultsTeam ScoresGlenbrook South High SchoolPhotos
This meet is being held over two days to accommodate for social distancing. Meet Schedule will be available before the meet.

On Tuesday, September 15th and Wednesday, September 16th, the Titans lined up for their second home meet of the season to race New Trier. The number two ranked team in the state, Trevians offered formidable competition.

The JV1 team kicked off the meet on Tuesday afternoon with a 24-37 win. Sully Richards (SO) led the team with a 2nd place finish, coming through the line just behind New Trier’s top runner. Behind him, Gabriel Cole (SR) came through in 19:17 with a 4th place finish. Gabe led the rest of JV1’s strong pack, with Glenbrook South taking the 5th through 10th place spots. Matt Penne (JR, 19:22), Jack Callaghan (JR, 19:46), and Ethan Hernandez (JR, 19:56) closed out the Top 5.

At the Varsity level, New Trier demonstrated their strong pack running, finishing 2nd-6th place with a 5 second spread. The Titans fell to the Trevians, New Trier winning 20-41. Up in front, however, Mrguesh Thakor (SR) made a point to beat the New Trier pack, finishing in 1st with a time of 16:05. Brian Hiltebrand (JR) came through behind Mrugesh, finishing in 7th at 16:22. In 14th and 17th respectively, Jayson Stamm (JR) and Matthew Finkel (SR) ran times of 17:03 and 17:08. Preston Davidson (SR), Cody Slutzky (SR), and Sebastian Zimmer (JR) made up the rest of the Top 7. Special shout to Sebastian for making his way into the Top 7 from the second wave of the race.

On Wednesday afternoon, the Freshman started off the second day of racing. New Trier’s 1 and 2 were closely followed by Geoff Maddalozzo and Andy Ordway. Geoff and Andy came through the first mile together at 5:41, but Geoff pulled away over the course of the last mile to finish at 11:52, 4 seconds ahead of Andy’s 11:56. Behind them, Matt Barney, Jefferson Wei, and Josh Qualkenbush finished close together in times of 12:24, 12:29, and 12:32 In the end, New Trier just barely won, finishing 27-28. This close loss is nothing to be disappointed in, so we’ll see how things play out at the conference meet.

This tough fought battle against New Trier is the last dual for almost two weeks. On Saturday, September 26th, the Titans will race their rival Glenbrook North at Glenbrook North. Until then, there are 10 days to recover and train even harder.

Our cross country course is run on nearly 100% grass around the athletic fields of Glenbrook South. Over the years, tens of thousands of runners have crossed the finish line of our course in meets ranging from Duals to IHSA Competitions. The course is mostly-flat, and cut short for most meets.

Bathrooms are available in our concessions stand building, located near the south endzone of John Davis Titan Stadium.

Per the Cook County Animal Control Ordinance, only service animals are allowed on school premises. If you bring a dog, you will be asked to leave the property.

Parking is available on-site in the "West Lot". Park nearest the stadium for the easiest access. Refer to the map below for more information.

Concessions are available for select meets in our new concessions stand, located near the south endzone of John Davis Titan Stadium. 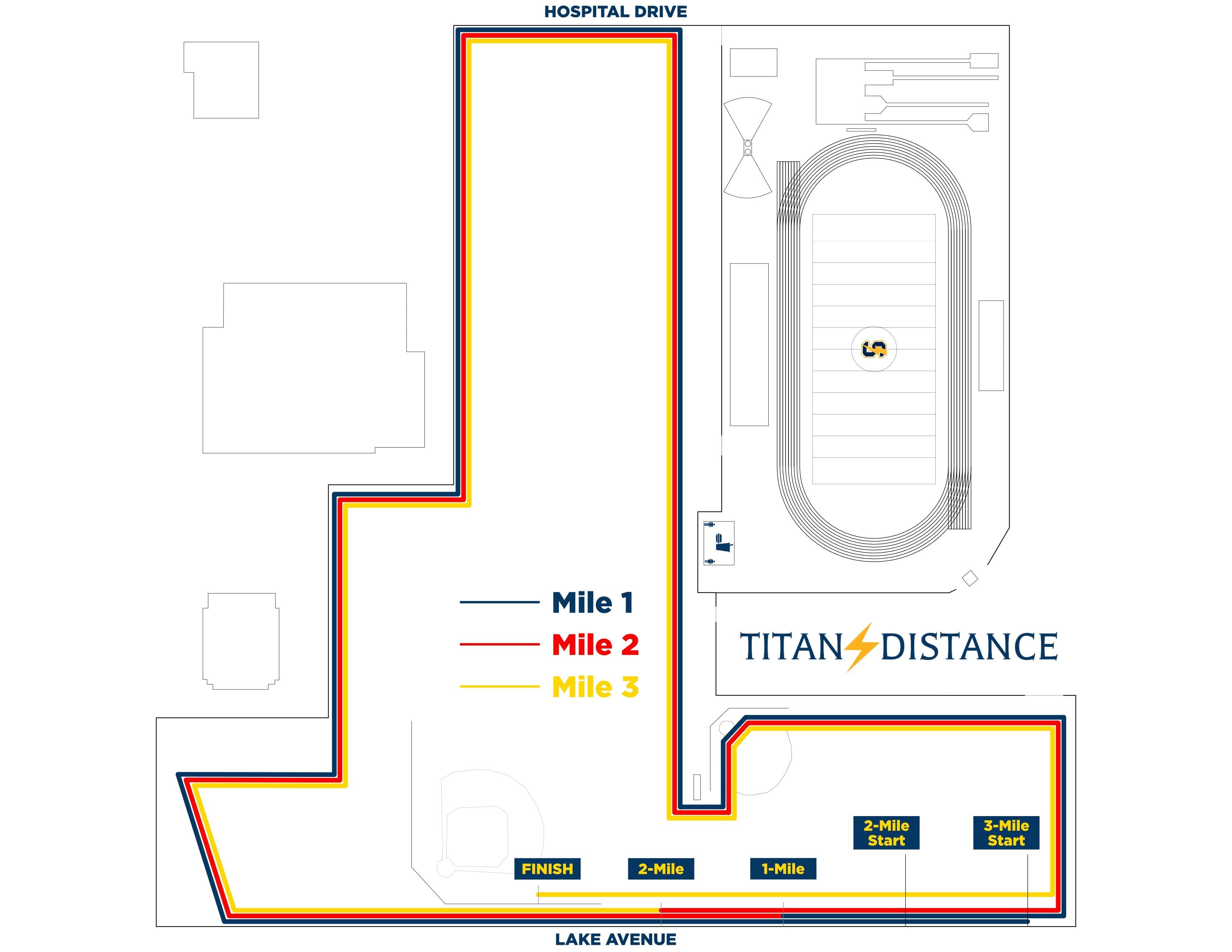 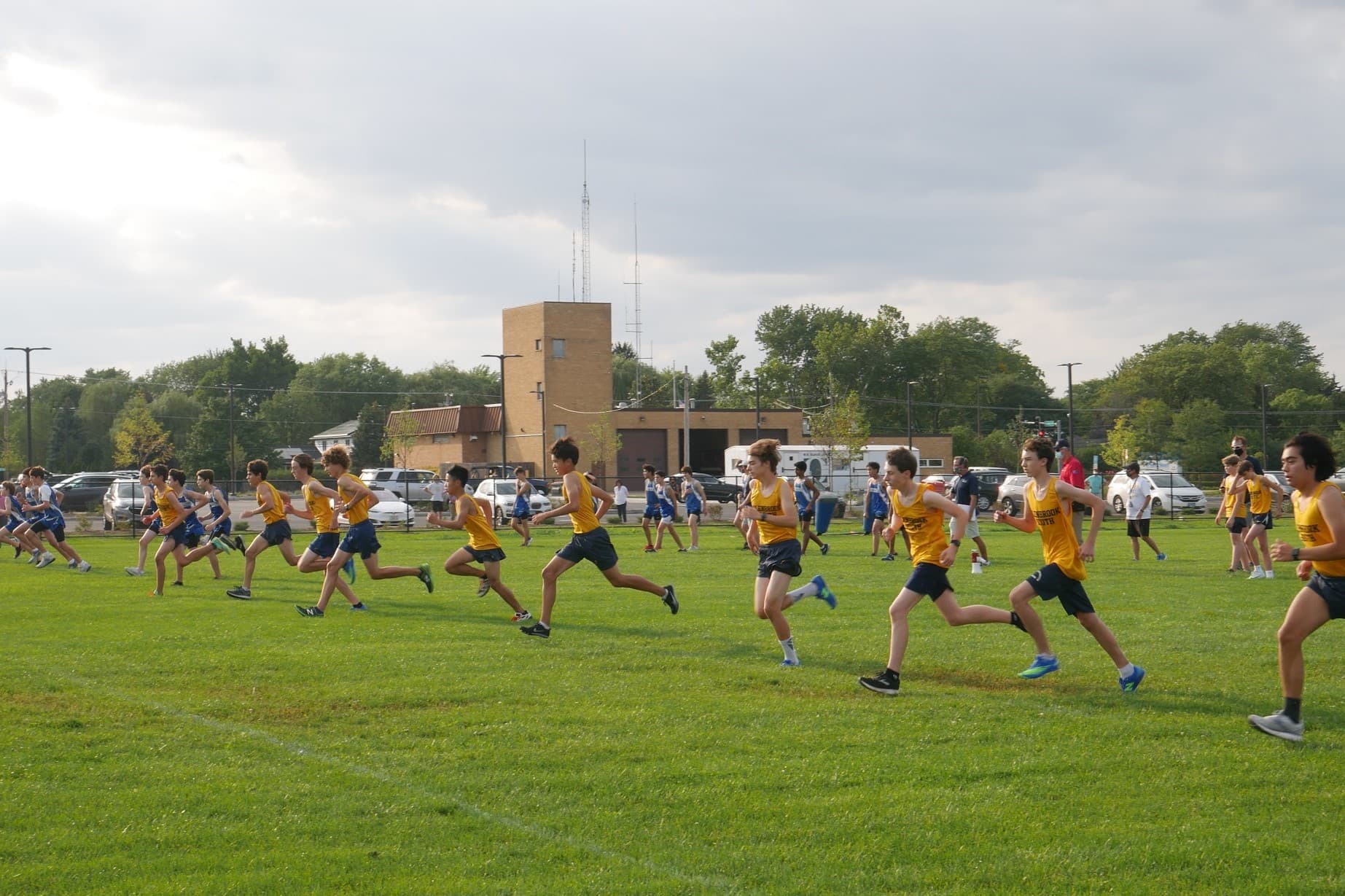