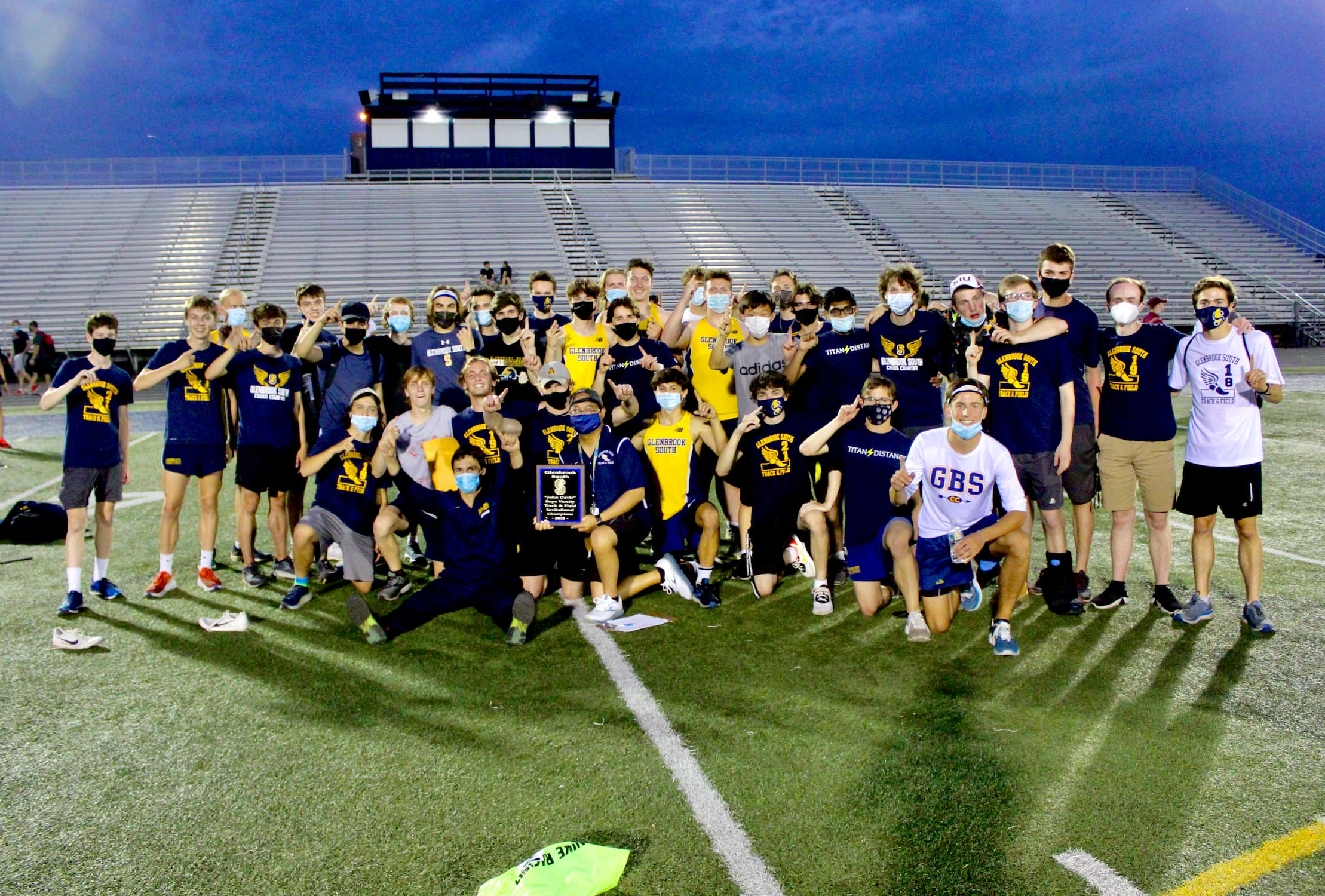 This Friday, the Titans secured their fourth invitational title of the season, winning the 49th John R. Davis Titan Invitational with a score of 133 points. New Trier followed with 73 points and Loyola came in third with 69 points. The meet was a fantastic opportunity for the team to show off its tremendous depth. As we transition into the post-season, the next few weeks are sure to be exciting.

Next up was the 3200m, where Jayson Stamm (JR) and captain Cody Slutzky (SR) raced competitively, sticking together in true distance fashion. After running the 7 laps together, Slutzky took the lead, running a 10:14.85 to Stamm's 10:18.98. The pair finished in 10th and 12th respectively, 2nd and 3rd in their heat.

In the 800m, the mid-distance duo of Brian Hiltebrand (JR) and Michael Jerva (JR) showed their strength. The pair finished in 1st and 3rd with times of 2:00.80 and 2:02.13. The race was a tight one, with a close pack sticking together for most of the race. Going into the last 200 meters, Jerva was boxed into the middle of the pack, but he surged past the field, passing at least 5 runners in the final 30 seconds of the race. Hiltebrand maintained his lead for the back half of the race, winning the event by over a second. It was a phenomenal race to watch.

The 1600m was another great showing of the Titans' distance strength. Running in the first heat of the event, Michael Westfall (JR) and James Hiltebrand (SO) traded places for much of the race, managing a tight field as they jockeyed for position. Westfall took 12th with a time of 4:46.11. Hiltebrand finished in 14th at 4:49.03.

The final event of the evening, the 4x400m relay was sure to be competitive from start to finish. After the first 400 meters, Sophomore Ryan Schaefer handed off the baton to Ben Freidinger (SO) pulling the Titans to 4th with a split of 53.9. Freidinger brought the Titans up to 3rd place, splitting 54.6. With Hersey and Loyola in the lead, next up was captain George Dornan (SR). After briefly being passed by Niles West, Dornan battled back, taking the lead for the Titans with a stellar split of 51.1. Now with a commanding lead, Michael Jerva took the baton and finished strong for the Titans, closing in a time of 52.5 and winning the race. The team walked away with a time of 3:31.44.

Friday night was a fantastic one for the Titans, and more are sure to follow. It was great to see the team compete against such high caliber competition and demonstrate why they're one of the best teams in the state.