The Titans Wrap Up a Strange Season

Well, just like that, the 2020 Cross Country season is a wrap. This Saturday, the boys ran their last meet of the season at Hoffman Estates High School in the IHSA Sectional. It was a very windy day, but the Titans battled it out and left their hearts on the course. Overall, the team finished in 10th place with a score of 278 points.

Due to COVID health restrictions, the meet was run in a very abnormal format. The 118 person race was broken down into 5 flights of 20-30 runners. In the first flight, the 1st runner from each team ran with individual qualifiers from the various Regional meets. In the second and third flights, the 2nd and 3rd runners from each team did the same. The fourth flight comprised the 4th and 5th runners from each team, and in the fifth and final flight were the 6th and 7th runners.

Brian Hiltebrand (JR) represented the Titans in the first flight of the meet. It was a very tight race as some of the best runners in the state competed for the Sectional Title. Brian finished in 35th overall with a time of 16:17.

In the next flight was Mrugesh Thakor (SR), running the last cross country race of his high school career. Mrugesh took 62nd place with a time of 16:45.

Jayson Stamm (JR) and Michael Jerva (JR) ran together in the 4th flight. They used each other to push through tough conditions, taking 66th and 93rd respectively in times of 16:49 and 17:19.

In the last race of the day were seniors Matthew Finkel and Preston Davidson. The two ran competitively, pushing each other as the race went on. They finished in 88th and 100th place with times of 17:16 and 17:27.

Congratulations to Mrugesh, Cody, Matthew, and Preston for finishing a great four years of cross country.

In retrospect, what the team accomplished in this strange season is something to be immensely proud of. We trained hard, raced fast, and had a lot of fun–all while staying safe. Even though this might not have been the season that we hoped for, it was a great season nonetheless. We made the best out of what we were given, and we are immensely grateful that we had the opportunity to compete. Thank you to everyone who helped make this season a success. 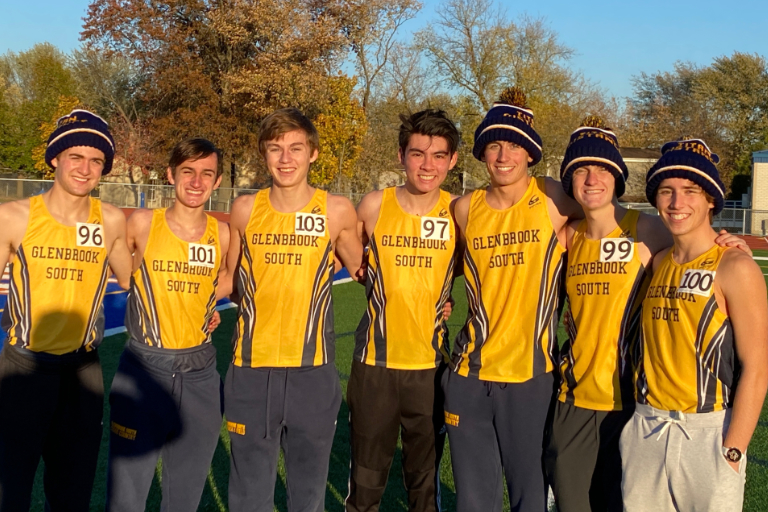