When COVID-19 shut down the 2020 track and field season last year, no one was sure when we'd be able to compete again. As the year went on, things only seemed to become more uncertain. So when the IHSA announced the start dates of the 2021 track and field season, the Titans were excited for a season that would truly be like no other. We couldn't have imagined the success that the season would bring.

In an unmatched competition season, the team won the Conant Gummerson Invitational, the Deerfield Field Event Invitational, the Deerfield Invitational, and the John Davis Titan Invitational. Moving into the championship season undefeated, the team was ready to compete. For the first time since 1987, the Titans took home the CSL Conference trophy, narrowly edging out Evanston for the top spot. At Sectionals, the Titans made history by winning the meet for the first time in program history. In addition to these momentous team victories, 5 Titans qualified for the IHSA State Championship in 8 different events: Ryan Faut (SR) in the Shot Put and Discus, Nathan Shapiro (JR) in the 300m Hurdles and Long Jump, Noah Shapiro (JR) in the 200m and High Jump, Stefan West (SR) in the Triple Jump, and Brian Hiltebrand (JR) in the 800m. At the state meet, the boys competed fantastically, proving themselves to be some of the best athletes in the state.

Field events kicked off the meet. With a jump of 6.68m, Nathan Shapiro took 7th in the long jump, an All-State finish. While Nathan long jumped, Noah competed in the high jump. Noah's jump of 6'3" earned him a 15th place finish. In the triple jump, Stefan West jumped 13.21m to take 16th.

The real star of the field events (and of the Titans' performances overall) was Ryan Faut. In his first event of the meet, the shot put, Ryan threw 16.56m to take 6th. Ryan followed this All-State performance with something even more special: a state title. With a throw of 54.54m (178' 11"), Ryan became a state champion in the discus. This throw was a new school record.

In the track events, Brian Hiltebrand started the Titans off strong with his performance in the 800m. Coming in as the 20th seed with a time of 1:57.75, Brian was in the first, slower heat of the event. Blowing away all expectations, Brian ran a 1:55.99. A  2nd place finish in his heat, this time managed to secure him 5th place overall. From the first heat of the event, Brian became an All-State athlete.

Up next was the 300m hurdles, where Nathan Shapiro proved himself to be one of the best hurdlers in the state. Running a PR of 39.17, Nathan finished in 4th. His second All-State performance of the meet, this time earned him a 5th place spot on the GBS all-time list.

In all, the Titans took 5th at the IHSA State Championship. Prior to this season, the team had never finished in the top 10, let alone the top 5. This performance was a testament to the incredible talent that this team possesses. Congratulations to everyone on such an incredible end of the season. 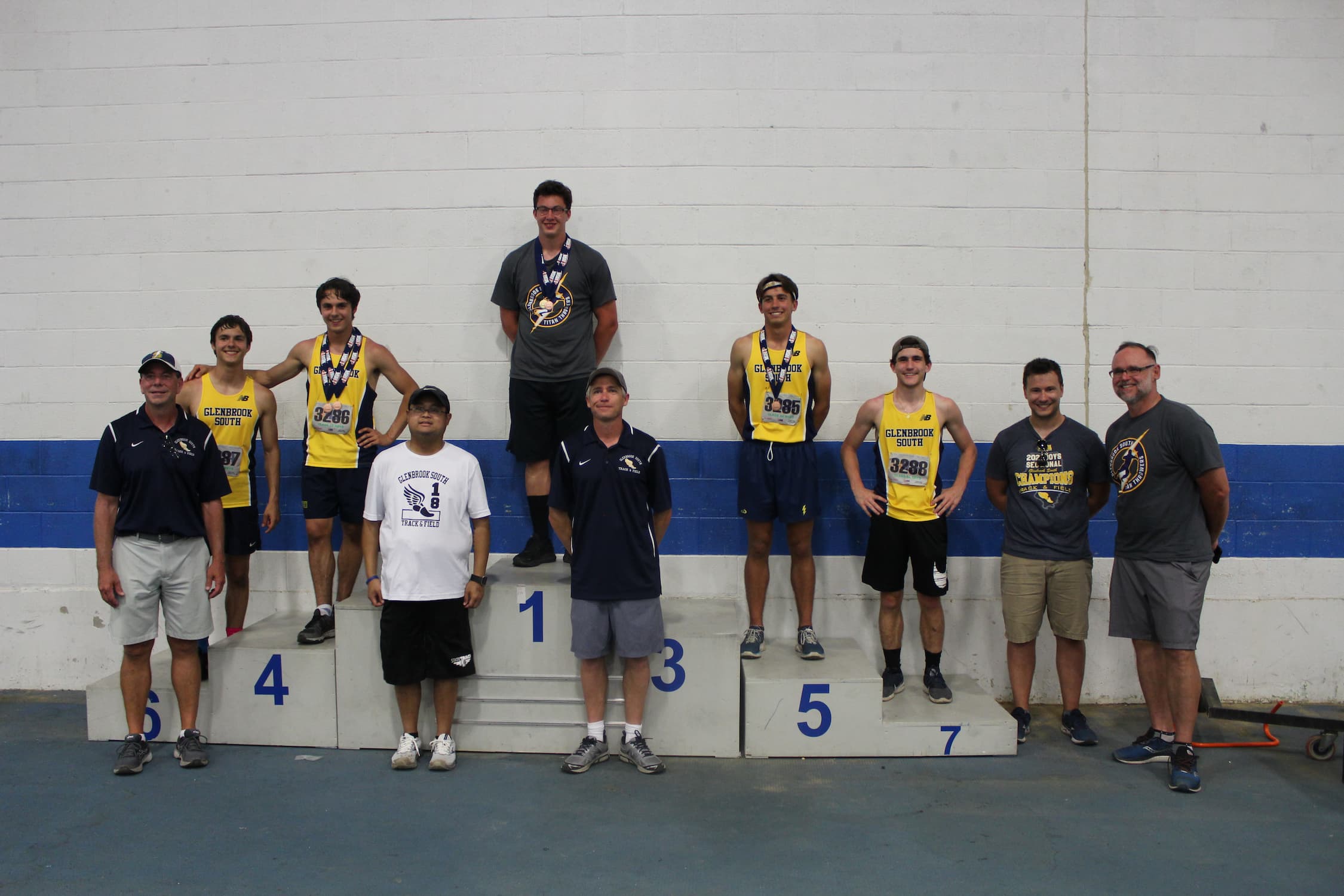