On Friday night, the Titans competed in their first invitational of the season, racing at the Gummerson Invitational hosted by the Conant Cougars. This meet usually falls on the same weekend as Spartan Relays, so this was the first Glenbrook South appearance at the meet. The team took the meet by storm, winning 18 individual events overall and winning the meet.

The meet was scored in an A-B fashion. For each individual event, two athletes from each team competed, one as at the "A-level" and one at the "B-level." A-level performances earned two points more than B-level, with a first-place A finish at 10 points, and a first-place B at 8 points. Relays were scored as B-level. At the end of the meet, the overall score between A and B was added together for the final score. In the end, the Titans prevailed with a handy lead over the Prospect Knights.

The first distance event of the night was the 4x800m relay. Preston Davidson led off the relay with a split of 2:19. He was followed by Carter Adams, who ran a 2:26. Cole Brady followed that with a 2:22. Finally, Michael Westfall brought the relay home with a 2:16.

Next was the 3200m, where Luke Gregory competed at the B-Level. Luke ran a fantastic race, PRing and break 11:00 for the first time with a time of 10:59. Harrison Wollney followed Luke's performance at the A-Level, also running a PR with a time of 10:46.

In the 800m, Matthew Finkel represented the Titans at the B-Level, running a 2:22.50. In his first 800m of the season, Michael Jerva ran a blistering 2:03.19. Though he was narrowly edged out of first place by a runner for Prospect, this was a massive PR for Jerva and a real break-out performance. Definitely something to be proud of!

Matthew Klonecki was the next Titan Distance athlete to run, competing in the 400m B-Level. He finished in a time of 58.46. Sprinter George Dornan represented the Titans at the A-Level, finishing in second at 52.20.

The 1600m was up next, with Cody Slutzky running at the B-Level and Brian Hiltebrand at the A-Level. The Titans swept the field, with both Slutzky and Hiltebrand winning their respective levels. Cody finished in a time of 4:43. Brian narrowly edged out a runner from Northridge Prep, surging past him in the final 100m of the race.

To finish the night, the 4x400m raced hard, finishing in second just behind Prospect. Michael Jerva split a stellar 53.4!

In all, this was a fantastic first invite showing for the Titans, and it was a great display of our depth as a team. Next Tuesday, the Titans will race against New Trier and Maine East at home. On Saturday, the varsity will compete in another invitational at Deerfield High School. 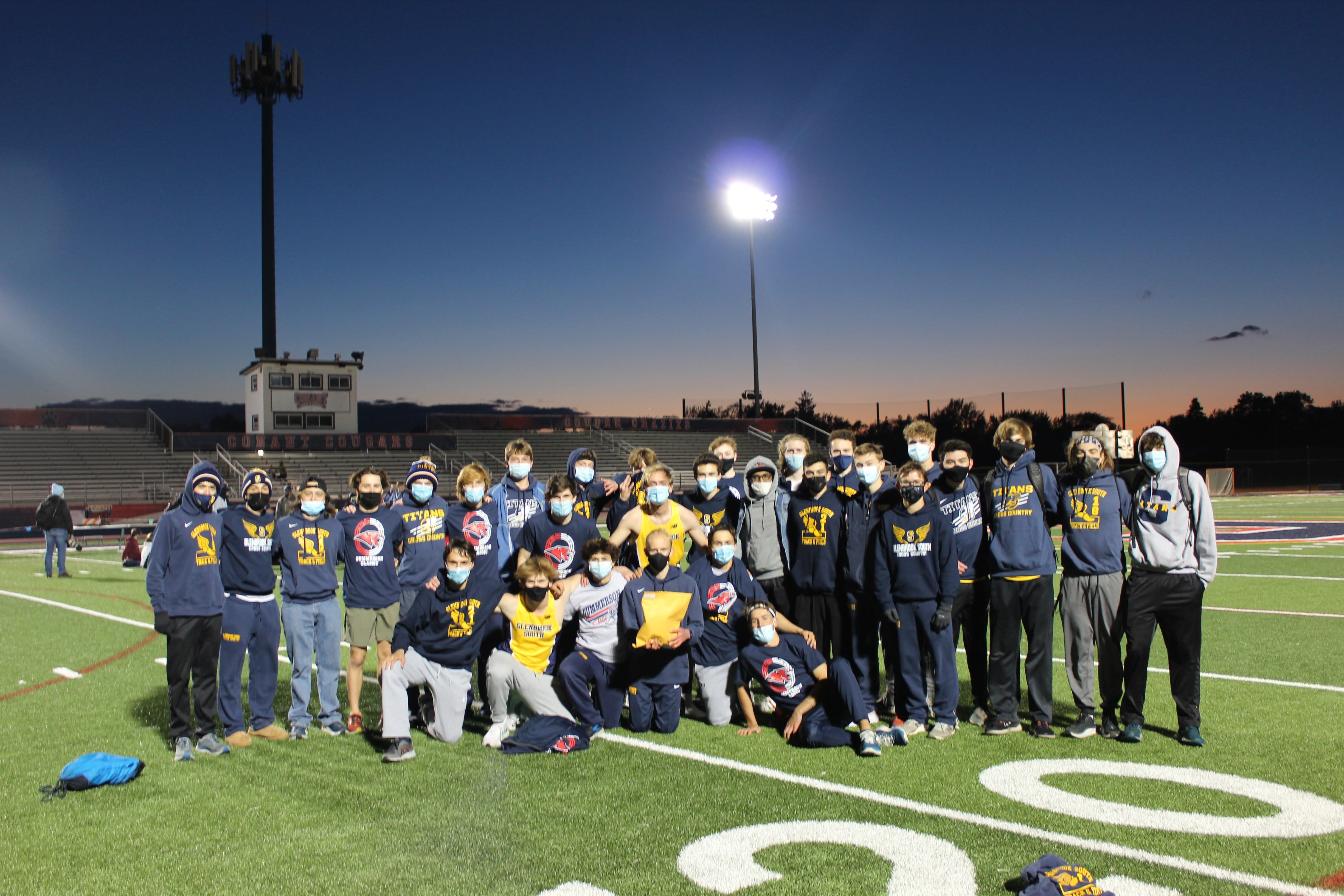